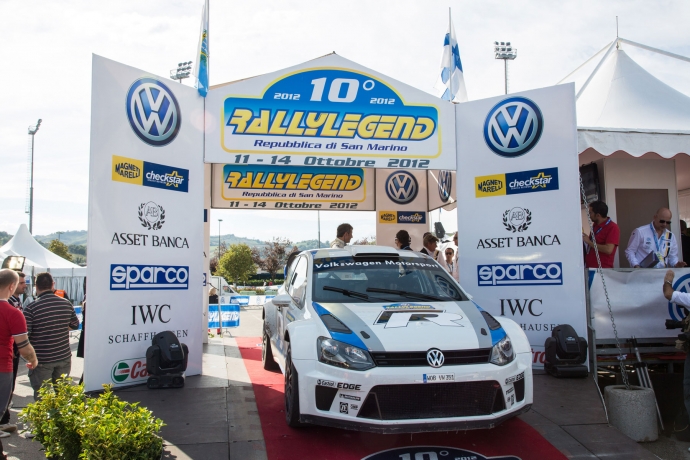 Carlos Sainz and Luis Moya San Marino premiered at the Polo R WRC and shared with the press and fans their feelings.

Carlos Sainz, double world champion rally and Dakar Rally winner in 2010 and Polo R WRC with which Volkswagen held next World Championship Rally were the stars of the 10 edition of Rally Legend this weekend took place in San Marino.

The Madrid expiloto, along with the passenger with whom he raised two titles of the World Rally Championship, Luis Moya, to the delight of the more than 60.000 spectators who came to San Marino to enjoy this historic vehicle rally. Carlos, at the controls of the mighty Volkswagen Polo R-WRC, was responsible for opening the event, offered impressive skids and spectacular jumps. For the experienced Spanish pilot, this was his first performance as a pilot in the Republic of San Marino.

Participants in this rally, world rally champions and legends racing engine as Björn Waldegard, Juha Kankkunen, Harald Demuth, Per Eklund, Sandro Munari and the legendary Belgian driver, Jacky Ickx, among others were also found. German Sepp Wiegand promise and co-driver Timo Gottschalk, 2011 Dakar winner, also completed a brilliant performance. On board the Golf G60, occupied a creditable fifth in the final standings at an event involving rally cars from different eras. In total, more than 200 participants competed in this test 220 kilometers.

Rate this item
(0 votes)
Published in Events
Tagged
More in this category: "There comes a 208 a three-cylinder engine Peugeot Hybrid arrives 508 4 »
go back up