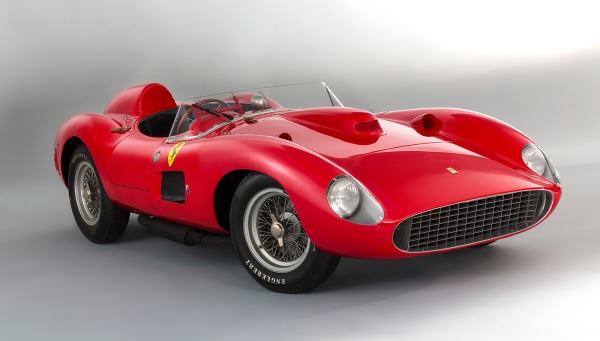 When the Artcurial auction house announced the sale of Ferrari 335 1957 S of the living Rétromobile held in Paris last January 5, enthusiasts and collectors automotive world expected to see new sales record in the history of classic car auction . Its initial price was set at 25 million euros and slowly rose to the final whopping 32 million, eventually taking second place in the list of most expensive cars in the history behind the Ferrari GTO 250, which reached a price round 34 2014 million. He appraised value of cars The vintage of the Italian brand increases annually exorbitant percentages and make Ferrari the number one in revalued classic vehicles.

Despite the outrageous price that reached this gem of automotive history, the owner may not enjoy the road to 300km / h offered its engine, as it was specifically designed for competition. There are only four Ferraris of this model in the world and specifically this 335S that could be seen in Paris, he took over 40 years in the hands of a French private collector.

The 335S Ferrari model was involved in the accident that occurred at the iconic Italian Thousand Miles (Mille Miglia) and provoke the total cancellation of the race from next year. A hands of Alfonso de Portago, substituting at the last minute for a sick Luigi Musso, the 335S debut in the World Endurance Championship in the third round of this high-profile automotive test. The car, at the hands of Spanish rider placed third in the race when the tragedy occurred between Cerlongo and Guidizzolo. The explosion of one of the tires cost him his life 335S both Portago as co-driver, in addition to 14 fans enjoyed the race mediations. Multiple protests originated after named "Guidizzolo tragedy" made 1957 the last year of holding the Mille Miglia in Italy.

Rate this item
(92 votes)
Published in Curiosities
Tagged
More in this category: "Tata launches a competition to find a new name for your model Zica The most exciting cities in the world "
go back up