And Volvo FH truck was auctioned ... 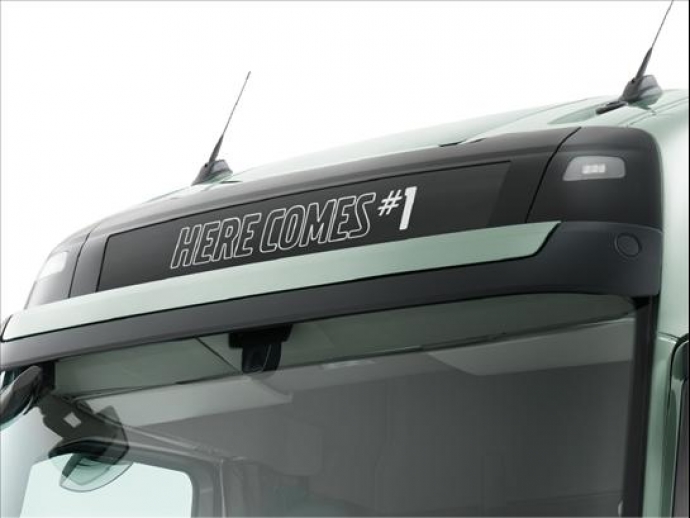 Do you remember a few days ago we told you that they were going to Ebay auction the first series-produced Volvo FH?

Then came the day, and to everyone's surprise the offer amounted to € 150.000, surpassing its market price! Proceeds will be donated to Star for Life.

The auction was conducted by Jean-Pierre Ducournau founder Ducournau Transports in France, having a fleet of more than 300 Volvo trucks.

"I am delighted to have won this auction. Since the mid-70, was the first in the south of France to have the first Volvo F12, and for many decades, have been supporting various charitable campaigns, "said Jean-Pierre Ducournau.

The auction site has attracted nearly 165.000 visitors, 35 bidders all over Europe made 95 deals on the new Volvo FH during the ten days it took to auction on eBay. From the beginning it was known that the winning bid would be high, as it only took one day exceed the market price.

"We are proud that so many people willing to pay so much for the first new Volvo FH. This says a lot, not only about the value of the truck as unique collector but also its appeal in general, "says Claes Nilsson, President Volvo Trucks.

Proceeds from the auction will be donated vehicle to Star for Life, a unique educational program aimed at halting the spread of HIV among young people in South Africa. The goal of Star for Life is to motivate young people to believe in their dreams and in their future, and help them live fully without the presence of AIDS in their lives. Volvo Trucks funds the program in area schools 16 Durban and Johannesburg.

The auction began on September 19 and was open for ten days to bidders from across Europe, including Russia, Turkey and Israel.