Nissan will manufacture a new tourism in Barcelona 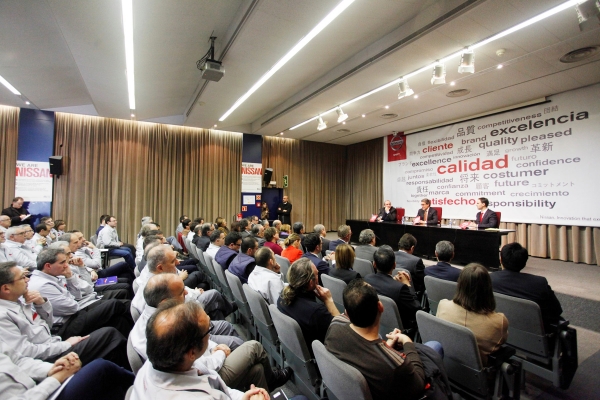 Nissan has awarded a production new tourism to plant BarcelonaAfter reaching an agreement with the representatives of the workers to improve competitiveness. The production of this new vehicle will start in July 2014.

The launch of the new model will be an annual output of 80.000 units, investing 110 million and creating 1.000 direct jobs, indirect jobs 3.000 and untie Barcelona factory production vehicles and 4x4, hard hit by the current economic crisis.

In addition to the new vehicle, Nissan It has also been awarded the Barcelona plant manufacturing units 24.000 additional annual 1tn Pick Up, which will involve an investment of 14 million, and assembly of the gearbox for electric vehicles Nissan LEAF and eNV200, which involve an investment associate 6 million.

In total, Nissan plans to invest more than 130 million in the plant in order to renew the production lines to manufacture the new tourism to the introduction of technological advances necessary for the production of vehicles powered 100% Electrical and adaptation of supplier park to new production requirements.

This shows the importance of industrial operations for Spain Nissan and is a positive response to the efforts of employees, unions and governments to improve competitiveness.

Rate this item
(0 votes)
Published in Automotive News
Tagged
More in this category: "The Volkswagen Golf now with technology 4Motion Volkswagen CC now with Advance version »
go back up