Airbump, the technology that protects the body C4 Citroen Cactus 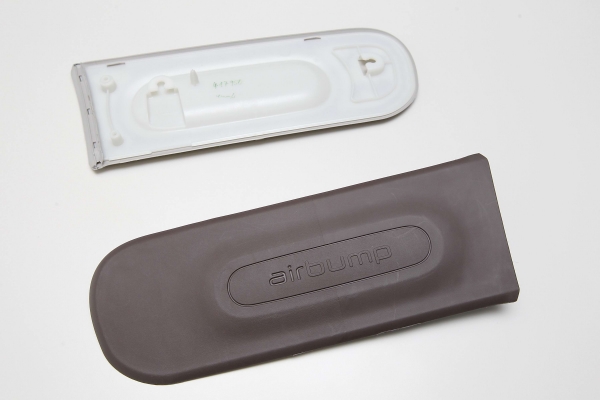 Airbump ® is the technology that has been developed to protect Citroen Citroen doors C4 Cactus. The pieces Airbump® They are made of thermoplastic polyurethane, a material soft to the touch and very resistant to abrasion that does not emit any type of smell and enjoys a high flexibility.

To develop the Airbump® parts, more than 30 different formulations were made until the correct composition formed by TPU was obtained, by glass fiber and the necessary coloring to give each one of the four tones in which it is available (black, gray, dune and chocolate).

Each Airbump® has 15 air bubbles tight, with a depth of 20 millimeters, whose function is similar to that of the cylindrical fenders that the yachts use to avoid hitting the jetty. The depth of 20 millimeters is not random, it is the exact measurement so that it protects the vehicle and does not affect the loudness of the car when driving on the road. The Airbump®, they join the doors of the C4 Cactus through 16 plastic anchors.

To achieve something that seems so simple, Citroën technicians conducted multiple tests. First to find the correct size of each of the alveoli and the complete piece, without forgetting the aesthetic dimension: the form matters as much as the function. In total more than 3.000 prototype parts, 2.000 of them of large format were manufactured.

To test the first pieces Airbump used a Citroen C3, whose doors were coated with a plate Airbump ® technology. Against him was launched, to 4 km / h repeatedly, metal supermarket shopping 40 loaded with kilos. Metal gate crashing into bollards or against the open door of another vehicle was also opened.

However, not only was the resistance taken into account, but it was also proved that the new material did not affect the opening kinematics of the doors. Also its assembly in the sheet was reason for long tests since, being external parts of the vehicle, are affected by the inclement weather.

The pieces of technology Airbump® do not need a specific maintenance and also reduce the costs of maintenance and repair of the vehicle throughout its life, small bumps and scratches on the sheet are no longer a problem.

Rate this item
(2 votes)
Published in Automotive News
Tagged
More in this category: "Have you seen the prototype of the Volkswagen Golf R 400? New Nissan Pulsar, spacious family 5 doors »
go back up