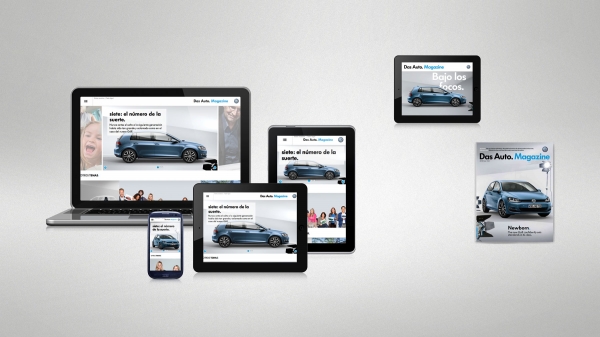 The magazine is one of the first periodicals that can be read through a variety of media, as its design is adapted to the device to read, adjust its format from one to four columns, keeping the content intact.

IPad users have their own quarterly release with exclusive audiovisual and interactive content, application form, available on itunes. There is also a print edition of the English version of the reissue of 92 pages, and importers around the world can adapt the contents of this magazine classic to develop other national editions format.
"The new Volkswagen magazine presents an innovative concept corporate cross-media publication that can be adapted to the international public to suit market needs," explains Jürgen Stackmann, Director of Marketing for the Volkswagen Group and Volkswagen Passenger Cars. The new concept has a distinctive journalistic style, and also makes extensive use of the possibilities offered by the various communication channels.

Rate this item
(0 votes)
Published in Curiosities
Tagged
More in this category: "Want to see the Peugeot RCZ in motion? See the first video of the model Volkswagen invites you to congratulate the parties customizing a carol »
go back up