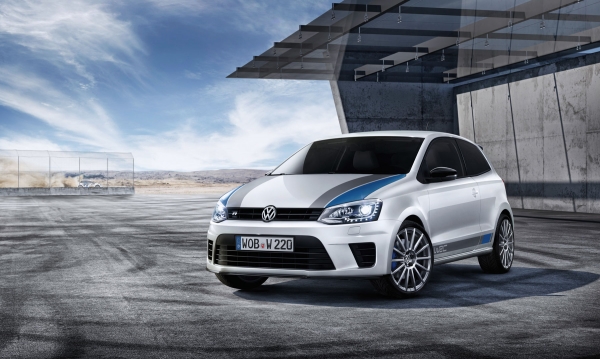 Coinciding with the release of the Polo R WRC on the Monte Carlo Rally, Volkswagen opens order the Polo R WRC, the most powerful Polo History with 220 CV, a design in true WRC style and retail price of 34.650 €. The first units of this exclusive WRC version will arrive in the fourth quarter.

Volkswagen began marketing in Spain of a new version of Polo, the R WRC, a limited edition that emulates the Polo will participate in the World Rally Championship in Monte Carlo Historic Rally, WRC first test 2013.

Available with a powerful engine TSI 2.0 220 CV, the new Polo R WRC is aimed at motoring enthusiasts.
This special edition WRC, has elements that distinguish it from other versions of the range. The interior equipment includes elements and details that enhance the sporty look of the vehicle. These include heated front sports seats with Alcantara WRC specific design, automatic climate control "Climatronic", the XDS differential to limit vehicle understeer when cornering, the Bi-Xenon headlights with LED daytime autodireccionales light, Night & Polo package The rear parking sensor and radio navigation system RNS 315 touchscreen 5 6 inch speakers, aluminum pedalería and the multifunction steering wheel with WRC logo and blue stitching.

Volkswagen celebrates with this innovative and unique version of the brand's debut in the World Rally Championship FIA.

Rate this item
(0 votes)
Published in Automotive News
Tagged
More in this category: "Presentation of the prototype Nissan Resonance Concept Lexus introduced the new IS in Detroit »
go back up